I do not know why Hoagland still has his radio show on the internet. Most of us thought he would crash and burn. Perhaps we misundersetimated (sic) the Hoagmeister or at least his ability to peddle utter shite. Peddling shite would appear to be a at least an avenue of departure from food stamps.

Surely not. After all, being in possession of glorious red hair does not make you Maureen O'Hara. Nor does such luck afford you a free ticket to a gravy train. Even if you sell water medicine.
So what the fuck is going on How is this craven haired one looting the public?

I've never been one to cow-tow, be polite, be a gentleman. Except in the company of ladies. However my gloat-o-meter hit 12 on a scale of 10 when ENGERLUUND  got pumped by Iceland.

They had it coming. The rest of the world are sick of hearing such sanctimonious glabber spewed forth by the English media. "Shades of '66......the boys of '66..... Get a hold of yourself English. You have done nothing in football for 50 fucking years. Get over yourselves. Your empire is gone.

The sun never sets on the British Empire, because nobody trusts an Englishman in the dark. I believe that was a Chris Hitchins comment.

Have some humility. Like we Scots, Irish, and Welsh. Expect nothing, have a party. Integrate, be ambassadors for your country. Allow the locals to see what you are. You are not the minority who riot in the streets, you are not the monkey brained idiots who sing, " If it weren't for the English you would be Krauts."

Be Scottish, or Irish, or Welsh in your mentality. A small minority can have a damaging effect. This nationalistic bullshit is perpetrated by the sports media. Those dinosaurs who have not emerged from the 1966 fluke. John Motson is guilty.

And he wears preposterous clothes.
Posted by Binaryspellbook at 21:14:00 3 comments:

View from my apartment. 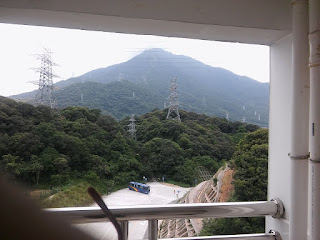 Posted by Binaryspellbook at 21:59:00 No comments:

Hoagland and a response to Bellgab. Including a non related personal message.


How much he attempts to mix pseudoscience, paranormal claims, pareidolia, coincidences and the like with science is disturbing, but it crosses that line for me as I wonder, does he really believe all of this? And if so, I won't chide him for his beliefs but man. He really has some people confused and misled if these ideas aren't valid or supported by significant peer reviewed research in the slightest.
It's nothing personal. I just disagree, and I told him so. He asked me to look something up I was unfamiliar with. I did. I'm still asking him to show me the evidence.

I have been told on good authority that Hoaxy believes his torsion field stuff. The other stuff I am not so sure about.
He is in his element when talking to the scientifically illiterate. But, if he gets a call from an engineer, or indeed anybody who actually knows what they are talking about he immediately resorts to his default defence system. That is; gish gallop and name dropping.

I have wondered for many years now how he can actually make a living out of this lamentable horseshit. After his Elenin nonsense was outed I noticed that his conference appearances were diluted, eventually reaching zero. I cannot say for certain what his financial position is, but, I do know that he had to move house to a small place called Deming. It's a tiny place with trailer park type housing. In fact I believe the house he moved into belonged (belongs) to his sister.

The spiral into the preposterous in my opinion can be traced back to NASA refusing his press accreditation. You can see the whole sorry story on his website. NASA really threw him a stinger, and suggested that he hawk his wares in a public area. Oh my, how the ego was bruised. Henceforth the NASA hatred began, and has never waned. For a time he made decent cash out of conferences. I was told by Richard Dolan that at a conference he appeared at, that, "the majority of people were there to hear Hoagland." How the mighty have fallen since.

His horseshit has reached unparalleled heights in an attempt to remain relevant. Take for example the New Horizons Pluto encounter. Within minutes of the first images arriving on Earth Hoagland and Laney were seeing arcologies. Just as many, including myself predicted he would. He then went on to declare, "I was the only one who got it right." The hubris of the man is quite astonishing.

His experiments with a laptop and a microset timer coupled to a 40 year old watch are simply laughable. As an electronics engineer I could list a veritable plethora of mistakes he is guilty of. But no need. Expat has detailed them eloquently several times on The Emoluments of Mars blog.

I genuinely take no pleasure in seeing a man who is down being kicked. My gloat-o-meter is barely registering. But I do have to concede that he had it coming. Smugness, hubris, and ego will always end up biting you on the arse. When you refer to a genuine scientist like our own Dr Robbins as a "crater counter", and laugh, because Dr Robbins totally wiped the YouTube floor with him. You are simply begging for karma.

On a different note. I am absolutely loving my time here teaching in China. These 17 and 18 year old kids are amazingly smart. Their work ethic is absolutely astonishing. They keep you on your toes too. Last week I was rugby tackled in the corridor by one of them asking for help with her physics homework. Not only did she want to know the equation to work out the gravitational force between two bodies, but demanded that I derive and explain the equation from first principles. To be perfectly honest it took me a couple of minutes to get my act together.

I have engineered all over the planet. From Auckland New Zealand to San Jose USA. I can honestly say that the Chinese are the most humble, honest, and endearing people I have ever met. It is a completely different experience to the years I spent in America. If I was offered the choice of USA at 250k or China at 50k it's a no brainer. Seriously.

Here's a wee story to illustrate. Please note that I am not generalising Americans. I lived there for a long time with an American lassie. I know Americans. I was in love with one. That said.....

My first time in the USA. I am in San Joe in the bay area. I am alone, sitting at the bar in my hotel drinking a beer and having a chin-wag with the bartender. A couple wander in and hear my Scottish accent. (Yanks love a Scottish accent). They come over to me and we begin to chat. Within two minutes the guy is telling me that he has two cars, a boat and a condo in Miami, and that he earns $300,000 dollars per yer. Within two bloody minutes..... What the hell. Did he expect me to prostrate myself at his feet an seek to build a new religion around him? - This was not an isolated incident. For my part, as a Scot, it made me feel really uncomfortable.

My first time in China. I am sitting at a bar and people are looking at me as if I have just beamed up from Mars. Two minutes later I am approached and asked if I can speak Chinese. I reply, "a little." Before I know it I am sitting at a table playing dice, being fed with all sorts of food, and having fun using our cellphones to communicate. Not once were possessions, money or personal accomplishments mentioned. I attempted to pay my bill and was met with giggling rebuke. This from people that I know for a fact earn a fifth of what I do, and I don't earn much at all. These people are Scottish, except with different eyes and skin colour. The most delightful country I have ever had the pleasure to visit.

Went to see Gods of Egypt here in China last night. I wonder how long before the Hoagmeister tells us it is a documentary about HD physics by those in the know.
Posted by Binaryspellbook at 08:33:00 3 comments:

All Quiet on the Woostern Front.

It's been unusually quiet on the Woo front these past few weeks. Nobody (not even David Wilcock) has claimed that human ascension into light beings is imminent (again). I'm pretty disappointed in that. Usually, at this time of year, I am still patiently waiting to ascend. I want to be a light-being dammit!

Richard C. Hoagland has his internet radio show that is still on the air, despite many financial issues and the fact that Hoagland fucked off Art Bell by his unprofessional and narcissistic behaviour. Art Bell even went as far as to launch a broadside against Hoagland on the Bellgab forum. If you really want to see just how far Hoagland has fallen. Simply check out his thread on Bellgab. It's a long thread but shows Hoagland's initial success followed by his rapid demise because of his lunacy.

My recent favourite crock of shite spouted by Hoagland is that the recent storm that hit the USA was engineered by "those in the know" to "send a message" to "someone about something." His proof? - none whatsoever apart from mentioning HAARP.

Meanwhile, Mike Bara, Hoagland's former most trusted acolyte has been producing nothing apart from a couple of nut-hugging sessions with Jimmy Church on Fade to Black radio. True to form Mike is still insulting people on Twitter and banning those who do not agree with his evolution denials, his new found "Sitchin style" crap about the Annunaki, or even about football. Bara is also still trying to pretend he's a player, a casual hero, all round intellectual and converter of virgins. When in fact he is still advertising online for a girlfriend. Mikey boy has even gone as far as to post pictures of himself with a couple of attractive women at some conference. The intent here is clearly to suggest he's the real deal when it comes to bedding the ladies This is as wrong as the crap he writes in his books. Mikey boy doesn't realise that Women do not like being called cunts too ugly to reproduce and that Men turn to stone when they gaze upon their ugliness. Yes, folks, Mike did say that to a female critic who called him out on his disgraceful attempts at science. I don't like Mike.

Update: As Dr Stu Robbins pointed out, Bara went with the new proposed Planet 9 hypothesis. Bara was then given the Expat treatment here, and Dr Robbins wrote about the proposed planet here.

Yes folks. The results are in, and who would have predicted that this year's award would have been such a closely fought contest.

Fans of Mike Bara will note that poor Mikey boy came a rather disappointing third whilst Dr Steven Greer and David Wilcock (not surprisingly) brought up the rear.